Some of my favorite tools 2014

This certainly isn’t an exhaustive list, but enough people have asked that merits sharing with the rest of you.

LiveView
Duplicates an area on your screen and sends it to an iPad/iPhone. Great for testing while designing. It’s surprising how helpful it is.

Glyhps
The go-to font editor. It’s helped fine-tune some of best-selling fonts (Atrek and Stendo) But it also plays a special role in logo finessing too. Whilst the tools within Adobe Illustrator are great for many early stage vectors, Glyphs gives the precise curve control for giving the final touches on custom lettering, icons, typefaces and various other bezier specifics.

Favorite plug-in for Glyphs is SpeedPunk for measuring compatibility of curves.

TextWrangler/BBEdit
Easy to use text editor for code. Great to touch up php, css, etc. 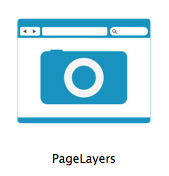 Page Layers
Captures web pages, not as mere flat .jpg or .png files, but instead as layered and editable .psd files. Makes it easy to move assets around when working tightly with developers and other designers.

Adobe Software
Adobe software = ❤. You get to make everything that’s in your head. Year after year it gets a lot of feature updates. There seems to be 3 ways to do any task so it supports you in exactly the way you want to work. The customizable keyboard shortcuts let your fingers be a blur of efficiency.

Online tool takes your png files and makes them impressively smaller with barely a trace of change. This will help your websites load faster.

MarvelApp
Marvelapp.com syncs to tools you already use like photoshop and dropbox. It’s been great to deliver realistic gestures and movements for rapid prototyping on mobile devices or on desktop screen. And. It’s. Free. It has a super intuitive interface and clients have enjoyed the quick-to-launch testability.

InVision
This is MarvelApp’s bigger brother. You’re probably already familiar with it because it too is a great tool. Great for performing usability tests with large user base or your neighbor.

Axure
Mainly for working with clients. It provides drag and drop assets that can immediately build a preview in HTML.

Spotify
Spotify a productivity tool? Yes Spotify. Favorite feature: the Discover mode because new music puts your brain in a great state with exposure to fresh tunes. I’ve gone back and forth from subscribed or not. Currently I’m not subscribed and I miss the audio quality but not the monthly bill. I’m already re-subscribed.

FaceTime
Screensharing from our Provo office to anywhere else our team members need to be. Super-clear phone calls are a huge benefit too.

MeetingCalc app
Keeps meetings short when people are aware of the costs.

Dot grid notebook—From Rustico.
The true hero of it all. I love my notebooks and love to capture great ideas. I rarely go anywhere without one of these. Great drawing and writing paper. Sewn spine. I don’t know if they sell the small refills on the public site (the ones I love so much) but call them up and ask for them and I’m sure they’ll take good care of  you. Nice logo if I do say so myself.

Logitech darkfield mouse
Great fit. Great for use on my wood table or even a mirrored surface. Powered by rechargeable batteries that are charged with solar power cells from the roof. It’s like recycling light. Whoa.

Boomerang
Research it, you’ll be glad you did. Reminds you to follow up with emails.
1. Write messages now and schedule them to deliver at any time
2. Schedule messages to return to your inbox at a later time
3. Remind yourself to follow up on messages that don’t get a response within a certain timeAnd a few other great additions to gmail.

Mailtrack.io
Let’s you know that messages were successfully delivered and opened. (Puts my mind at ease)